I made a reproduction of the System 16 / System 32 trackball interface for use with some games like Sega Sonic, SDI, Dunk Shot, Where is Wally

There are a couple of improvements such as separate connectors for each players in addition to the standard 26 pins connector and the support for 4 players which is a feature of the System16 version ( Dunk Shot).
I put also an optional LED just for fun

You need few components: some resistors and caps, 1x 74ls02, 1x 74ls138 and the UPD4701 encoder which you can find from utsource for few dollars.
I Will give the BOM to the purchasers.

Since each UPD4701 handles one player, if you plan to play alone or in two, you can buy only the quantity of this IC for your needs.

Price for the naked pcb ( not assembled ) is 15 euros + shipping.

I have made already a couple of batches already gone but if I get enough requests I can order a new batch soon. 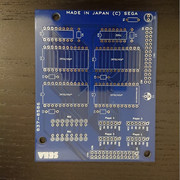 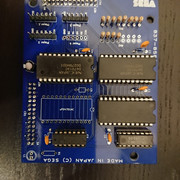 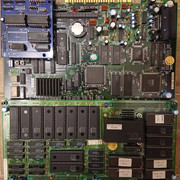 I'll snatch one. Thanks!
Top

I have the last one available if anyone is interested
Top

out of stock
Top

can i get one ordered not naked or just naked? ill take 1 regardless.
Top

Hi,
I have several people in queue and I am waiting for payment.
I Will probably make another batch in some weeks and I Will contact you
Top

out of stock
Top