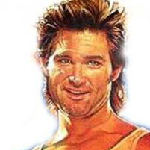 Finally got around to register. Been lurking for years

I've been collecting video games on and off for 20 or so years. I got into arcade stuff 5-6 years ago and my consoles have not been used much since.
Glad to be here!
-V
Top

Been a lurker for a while, so thought Id pop up and say hi.

Ive got a good number of cabs, but mainly stuff from 80's earlier 90s.

Have a nice Aero City Id like to finish, so looking for some advice on that one.
Top 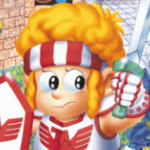 Hi from Atlantic Canada! I've currently got an Astro City and a supergun. Hopefully to be a bigger collection when I eventually move to a larger house!
Top

Hey all, I've just staarted on my MVS collection and it's lead me here...

Started streaming Metal Slug on PC, until I hit a 1cc, then a no death, then a 1cc on hardest difficulty (never again!!), then a 1cc Metal Slug 2, now I'm working on X (which is WAY tougher than 2!!).

Anyway, I realised that I really wanted to beat these games authentically, so I have an MVSC being put together right now and a nice colection of MVS Metal Slug carts (plus Turf Masters and an NEOSD Pro), most of which were battered and have been given new shells, repro stickers and shock boxes.

Anyway, I've now started looking for a candy cab and have absolutely fallen in love with the MVS-U4. So I'm keeping a keep eye out.

Nice to meet you all

A swede born in early 80s. I was very tempted in the early 20s to get hold of genuine arcade stuff, especially PCBs, which were not emulated and could only be enjoyed in its original state. I have increased my collection since the start quite alot, but limited space and network kinda limit my plans, so I have been forced to compromise in in my older days.

I will start to add some PCBs for sale ASAP. I have experience to ship abroad, but it was MANY years ago. However, I do my best to show my potential buyers the functionality of the PCBs in case of hesitations

Thats all for now!
Top

François "ISIMORN" CRINON from France. I am an arcade player since 2010, mainly about Super Turbo and Third Strike for competition, but I also enjoy those late night party around our cabs playing more fancy fighting games like Karnov's Revenge, Double Dragon... I also organize tournaments within the LaDOSE association, like X Street Battle and TheMIXUP.

I owned a lot of cabs already in my life, beginning with an New Astro, then a Versus City, then 2 more Astro and a Blast... Well, now I only have 4 Blast City but I may get back a pair of New Astro, because my girlfriend prefers it for the living room instead of those huge Blast

The LaDOSE association used to live inside the Gamespirit Gamecenter in Lyon, but now we have our own cabs, 10 Astro/New Astro City and we do our events in a highschool, still in Lyon of course.

I would be glad to access this forum to get better at CRT maintenance and also follow arcade projects from the community.
Top

Been registered for a while. Looking to eventually get into the Buy and Sell side so I can grab some PCBs! I currently have two blast city’s and my knowledge is fairly slim.
Top

Hello everyone, my name is Massimo and I write from Italy, I'm from 78 (old man) and I love Street fighter 2 C.E.
Top

My name is Alex, i come from southern Germany near Lörrach.
I have been tinkering and working with electronics, computers, cars and motorcycles for 20+ years.

As i side project i am part of a small computer museum, where i mainly work with the server stuff and fixing electronics.
The other people there have their love with home computers / game consoles / arcade stuff / japan stuff

The Japan / game guy recently bought a whole lot of arcade PCBs where i have been slowly working my way through.
This forum has been a GREAT help, so i thought i might just register here since i may contribute a bit and also i currently
have a wonderboy in monsterland bootleg here that is almost fixed but needs just a little idea....

See the flyer of our museum here

so henlo hoomans, be prepared to see some questions about my dreaded wbml sprite problem here soon

I'm Tristan from France, I've been a fan or arcade games for quite a number of years and I finally got my very own New Astro City recently.
This forum has helped me quite a bit but I still need some help to make it work perfectly and that's why I registered, it might help future owners too.

Big thanks to everyone involved in this community, you're all amazing.
Top 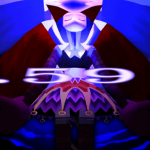 I've been mainly into rhythm games for a long time now and own a few cabs of that nature (DDR, Jubeat, Reflec Beat).

Looking to get more into the world of candy cabinets and the capcom cute repro preorder had taken my interest so I jumped on that. I'm excited when that will arrive and what I'll be able to do with it. Still have to figure out what I'll be doing for the monitor

Very new to this stuff so I'm always reading and finding out more as I go along.

Glad to have finally joined and to participate on the forums with you all!
Top

Well hello there. Been around for a bit but what ultimately led me to register was the fact you all have a buy/sell section.

My father and I both enjoy arcade games but he is more on the pinball side while I enjoy the stand-ups and specifically Shmups genre.

Best wishes to all.
Top

My name is Aaron, and I'm from and currently live in Utah, in the US. I've been into games my whole life, got into PC Engine in the early 2000s. Got my first Neo Geo cab (an MVU4) back then, fulfilling a childhood dream. Many cabs have come and gone since then, but I still actually have that MVU4. I moved to Japan for several years about a decade ago, and spent a lot of time in all kinds of game centers, primarily in east Japan (some in west Japan, but to a much lesser extent). Major ones located right outside the exits of big train stations, tiny ones barely on the map to which you have to drive/ride a bike, and everything in between, I guess.

While I was first starting my family and finishing a graduate degree, I kind of had to take a hiatus from my hobbies in order to focus. I have very slightly more time now, and have been kinda getting back into arcade games since earlier this year. I've currently got the above mentioned Neo Geo machine (it's out having the chassis repaired currently, but I do still own it), two Blast City cabs, a Vewlix F, and a Neo Geo Big Red. All kinds of hardware and games, none of it very baller status, but I've very thoroughly enjoyed all of it.

I've been on a certain Neo Geo related forum for a good while, joined AP not long ago, and have referenced various things on this site many, many times over the years. Thought it would be a great time to finally join, and hopefully contribute in some small way. My username is Ajax everywhere, and I'm very happy to be here. Thank you for having me, I look forward to interacting with all of you.
Top

Hey Guys, been into arcade stuff since 2007. I have a few modest cabs and a small collection of games. Looking to build on my knowledge by using the Search function. Hope everyone has a good day. Thank you.
Top

Hello, my name is Matthias and I am from Germany. To be honest, I registered here, because I am looking for a game and a member of a german board told me, that its up for sale here. I am not really in the arcade world, more a regular console player. I am 33, started with the Super Nintendo in the 90s and went all the way to the PS5 today. But I am a collectors as well, so I own about 100 CiB SNES games and, which may fits a bit to arcade, a Intellivision Full Set. So I am at least familiar with some of the classics like Space Armada, which is basically a Space Invaders clone.

Don't know what else to write, but if there are any questions feel free to ask

Hi, new to the forum . I don't have any arcade hardware as of yet but I do have a Bally Atlantis pinball machine and will be looking to pickup my first candy cab! Thanks!
Top

I‘m Martin from Austria & I‘m a pinball guy but today I bought an SNK Neo SC19-4 from Japan.

Can‘t wait to get into this hobby too.