Inches away from death....

Let me know how it is. I kind of wish I could buy it on cart.
#ARCAOE DTAKU's list of arcade style konsole games (and ports with extras)
#MY FIGHTING GAME PHDTDGRAPHY PRDJECT
Top

It'll be a cart release. All the best stuff gets a print. 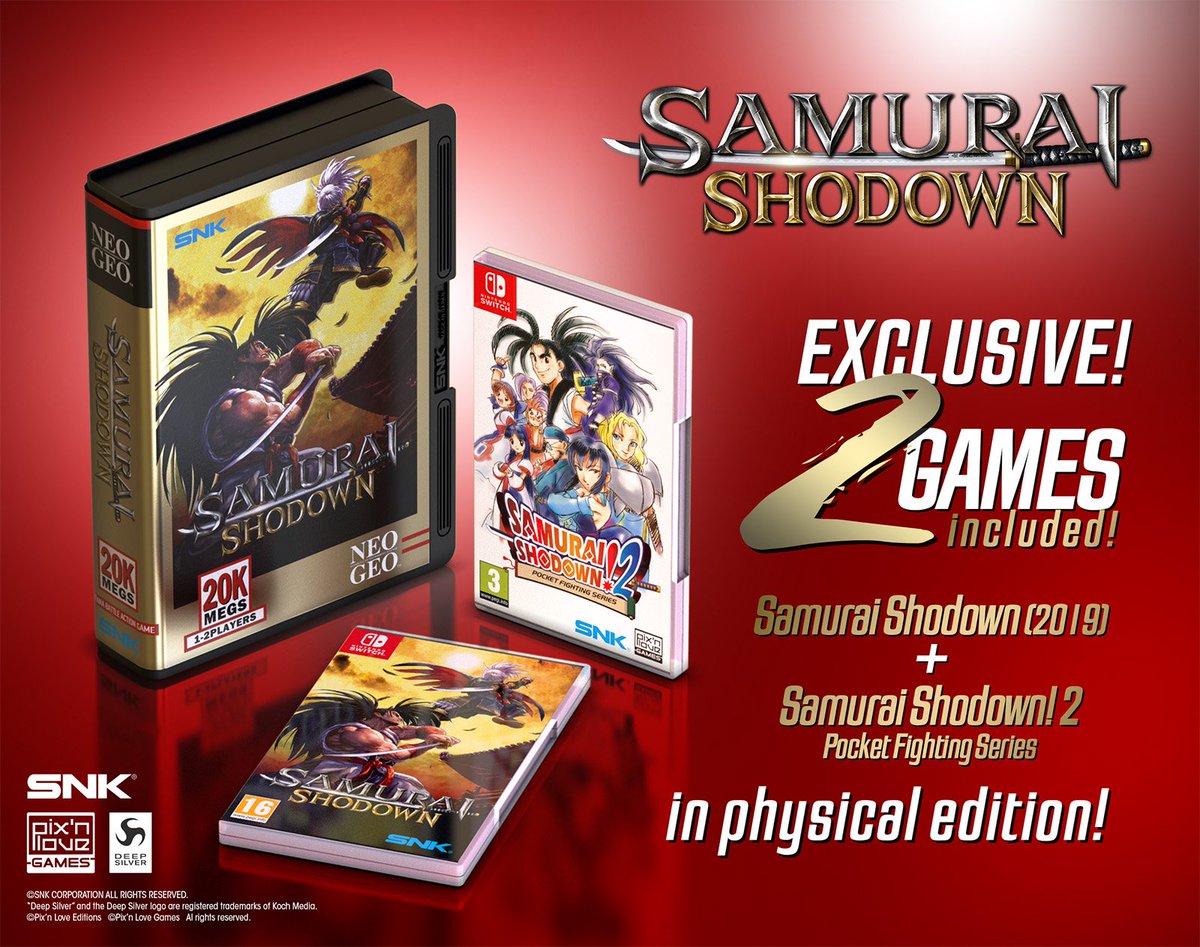 Thanks for the heads up on this, I'm really enjoying it so far.

The voxel graphics work a treat for this and the sound is lovely too. I think it's fairly short (8-10 hours) but the four hours I've played have been really fun. The control scheme is a little wack though and you can't reconfigure them. The camera was a little annoying in one section too but all in all, a grt8 game.

[+] Spoiler...
I've just finished the three arcade challenges. I found the F-Zero one pretty tricky, there's not much room for error.

The other two wasn't too bad though, the Bum Jack boot was infinitely easier once I remembered that you can glide descend

ESP Ra De Psi is out on the Japanese e-shop.
Top

Out now for order I believe for 99 quid before xmas

The perfect length ,anything longer unless it's a special game is too much for me.

I've been hearing good things about it as well though.

The 23rd letter of the Greek alphabet, apparently.


Nice, hoping to pickup a boxed one from HK.
Top

The New 3DS circle pad really isn't good, is it? I remember the original 3DS one was alright. Just get angry trying to use this, it's far too slippery. Pushes the dpad into awkward position too.

Really want to play Snes Zelda this year, but I would like a handheld solution for playing it.

I initially wanted to get a SupaBoy, especially when they fixed the 16:9 only issue with the newest model (SupaBoy SFC).

I do like the idea of playing my own cart, not really bothered that it looks a bit clunky.

However, the screen is not great, plus they are like £120 (maybe a bit less).

For not much more I could get a Switch Lite - where I have also only found out that there are Snes games with the online subscription, including Zelda! Also as a big Animal Crossing fan, there is a new version of that out in a couple of months, and also there is Katamari.

Let''s not forget STG's, and here is my question. For the normal Switch, you have that special adapter that allows you to play in TATE, so whilst I can't get that for the Lite, do any of you guys play STG's on the Lite, if so how -- do you like prop it up and use another controller, or is it possible even to use the left d pad and buttons (that would be really unwieldy right)?

This is doable on the Wonderswan just fine.

[Wonderswan doth Roketh!]
- -
Looking to get a replacement foot panel for my Minicute.
If anyone sees one, let me know!
- -

I’m not sure how the GBA version’s “improvements” and cropping effect the original LTTP, so mentioning it here for anyone else to comment.
Top

I received a Dragon Injector over the weekend:

There's a few more pictures in the spoiler below:

The Dragon Injector is a project by a Canadian guy 'MatinatorX' who's pretty much developed and produced the whole thing single handedly along with a little software help by some of the guys in the community. It's been in development approx 18 months and has gone through a series of design iterations. This is pretty much the first public release and it's version 19!

The Dragon Injector is a payload injector to enable running custom firmware. Payload injectors are nothing new and have been around since late 2018. Payloads can also be injected via a PC or android phone. The beauty of the DI is that it fits in the game card slot and so you don't need to carry additional dongles around and/or a USB cable. It also has a RCM jig which clips into the cap and saves carrying one of those around with you too.

I've been following the project on GBATemp] and on discord and I've really enjoyed following along with the progress. There's been a few challenges along the way but I can't fault how MatinatorX has approached or handled any of it. The 'game cart' cases were 3D printed by MatinatorX from resin. Its the first 3D resin printed object I've seen in the flesh and the quality of the printing is amazing. There has been some issues with some of the retaining clip breaking on some of the V19 shells so MatinatorX is working on a revised design to ship out to those affected. For V20 he's looking to get the cases injection moulded. The dies for these will cost thousands but he's willing to stump up the cash to make the best product possible. He's truly a man after my own heart

Along with that, he's also working on a project called [DragonMMC].

This started as a project called Dragon Kicker to replace the OEM Switch kickstand with a replacement that could hold three MicroSD cards.

This then evolved to adding a PCB to the kickstand so that multiple MicroSD cards could be used and switched between. This has now evolved into DragonMMC:

Description from the GBATemp thread linked above:


[+] Spoiler...
What the heck is it? Well, DragonMMC is an internal modchip that replaces the stock MicroSD and NAND boards, snapping in place and adding a little slide switch that lets you choose between up to 3 MicroSD cards and/or NAND modules. This slide switch protrudes slightly from the original MicroSD card slot, while a replacement kickstand (formerly known as DragonKicker) houses the MicroSD cards themselves. Installation does not require any soldering or modification to the shell of the console, but does requires some disassembly, and as of right now removing the heat shield is needed for everything to fit nicely. The kickstand is still thin enough that using the standard dock poses no problems. Prototype PCBs are being made right now, and I hope to have some proper photos and proof of concept videos in the coming weeks!

Now, while the primary purpose of DragonMMC is to easily switch between NAND modules and MicroSD cards, it can also be used to inject payloads! To that end, I've made a USB interface board that, through the magic of 3M 9703 conductive tape, sticks to the USB test points and allows payload injection with zero soldering required. Please not though, that at this time this hasn't been tested, so keep your expectations in check, at least for now! As with the DragonInjector, payloads are chainloaded from your MicroSD card(s).

NAND chips can get pretty pricey though, and not everyone needs 3 of them, nor do they necessarily need a whole 256GB to work with. To that end, DragonMMC was created to be modular, with 3 universal NAND module slots available. An adapter module for the OEM NAND makes it easy to use, while extra NAND modules of 64GB and 256GB are being developed right now. The modules are snap-in and also do not require any soldering. As of now, the only caveat to using the OEM NAND is that it's so big it needs to be relocated!

The whole project is really interesting and I love the potential use of 3M 9703 conductive 'Z axis' tape for the solderless install of the proposed additional injection functionality, that's something I've never seen before.