LEGENOARYNINLIA wrote: ↑November 1st, 2018, 7:26 pm Parappa should have been THE face of this system.

Parappa was heavily advertised bitd and soo different compared to the competitors. Also as a rhythm game it represents a genre that was huge on the playstation.
For me it's a quintessential game of the Playstation library.
My Collection
Top

I can only assume there's no Crash or Parappa because of the remasters. Vib Ribbon would've been nice.

No Wipeout is a crime I can't forgive.
Top

I wonder if the rhythm games are missing because of input lag.
Top

wipeout is the stand out omission ,would have liked silent hill over the syphon filter or whatever ,also would have preferred ridge racer over Ridge Racer Type 4

Surely it can be hacked to add whatever games you'd like. Like I did with my SNES Mini: 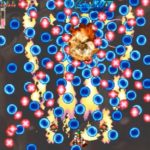 Eh, not good enough to buy on release, but if it gets hacked and/or drops in price a bit, yeah, I'll pick one up.

There's a specific market for this kind of device and a lot of people on this forum ain't in it. That's fine, but I reckon it'll do well. I do wonder how much licensing costs affected the decisions for the shipped titles on here (e.g. most Wipeouts could be too pricey), but if there's enough spare room on it when it's ripped open like other minis...
Top

Personally I think it's a great line up for the average punter. Happy to see titles like Intelligent Qube, Jumping Flash, Mr. Driller and Oddworld in there.
Top

For such a big library of great games, I think it's a fantastic lineup. Not going to please everyone, but some great childhood classics on there.

Hack or no hack it's great value for the average buyer... a HDMI solution and official Sony product.
Top

Initial impressions so it seems aren't great either , have now cancelled my preorder.

Yeah, press impressions are that it sucks and Sony have dropped the ball. 720p output, input lag, lacking expected features like rewind and multiple quicksave slots, rubbish UI, imperfect open-source licensed emulator instead of their own. Some of the games are the PAL versions FFS.

Oh well. If it gets hacked to **** to fix most of those issues then I might consider it next year if the price also drops.
Top

Disappointing, but not surprising.

Apparently the European model will have European ROMs too... What were they thinking? Apparently not an in house emulator either.
Top

What a shambolic turd

The controller feels excellent, identical to the original.

Not all is lost. Whew.
#ARCAOE DTAKU's list of arcade style konsole games (and ports with extras)
#MY FIGHTING GAME PHDTDGRAPHY PRDJECT
Top

SuperPang wrote: ↑November 2nd, 2018, 11:59 am I can only assume there's no Crash or Parappa because of the remasters. Vib Ribbon would've been nice.

No Wipeout is a crime I can't forgive.

I remember "back in the day" showing Wipeout & just how impressed everybody was.
Top

Apart from the lag, I don't see the issues. Will wait for better impressions. The bit about the lag in the Eurogamer is sketchy as best:


there's noticeable lag - minimally so when playing a 30fps game such as Ridge Racer Type 4, but much more pronounced in 60fps games such as Mr. Driller or Tekken 3. They feel soupy in the hand - though that's as much the fault of modern displays compared to the more responsive CRTs these games were designed for than anything else.

So could be down to a laggy monitor?

Same yeah. For a really brief moment I was super popular with my class mates.

Unfortunately, the problem with WipEout and Gran Turismo is the licensed music.
Top

When there is different lag between 30 and 60fps I don't believe it's the monitor to fault.
My Collection
Top

If it’s that obvious I expect it’s more the emulator.

), Retroarch on either the same mini systems or a Raspberry Pi adds about 4 frames, putting it at the point where the difference is very obvious when combined with a couple of frames of TV lag.

I found this out when setting a friend up with some CPS2 fighters - for that it was really disappointing.