It's ridiculous that the Aleste GG Micro ships with one of these when the cost difference in manufacturing it with a slightly larger screen would probably be less than the separate cost to make the Big Window itself. I feel using it isn't too detrimental to the image quality and tips the whole thing just over the threshold of actually being playable.

I have been playing GG Aleste II on my original Game Gear (it's had a capacitor and screen replacement, so is running as good as it ever did) and the image quality is pretty shocking, so the Big Window is still an improvement over that even taking all the screen size issues into account.

I'm going to stress every time I need to change the AAA batteries in the Micro as the battery cover is shockingly flimsy.
Plus, I didn't get the Aleste History book with my copy. Not sure if it was a pre-order bonus item or not.
Top

You can mod it now:

Caveat, not all games are compatible.

I know I'll never play the thing, but I ordered the blue one 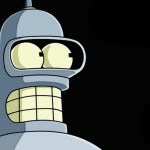 Thanks nem, just bought a red one from Amazon.jp