As part of an ongoing tinkering of mine , i was wondering if anyone could help me out with some info.

Specifically i am looking for someone with a type of Bubble Bobble bootleg that isn't already pictured here http://mrsportysrb.blogspot.com/ , a bootleg which contains a 68705 would be great.

Just bubble bobble, or are you after Super BB / Bobble Bobble boots too??
Top

It'd be nice to clarify which usually appear on which type of board.

Id like to see that layout of the 68705 version and also if the hack called Miss Bubble 2 is on a similar PCB.
Top

I quote from your blog:

QUOTE
I'm thinking that it should be possible to recreate a compatible version of the PS4 using a modern micro controller such as a PIC or AVR. It could be used as a fully functional replacement to revive an original PCB that has a faulty PS4 but as an eventual goal i would like to be able to upgrade compatible bootleg pcbs to function exactly like an original.
UNQUOTE

To be honest I don't like the last part: "to upgrade compatible bootleg pcbs to function exactly like an original."
Vagina
Top

Erm , maybe this would be ok then

As an owner of multiple original boards i can only hazard a guess that something like this makes you feel they may be devalued in some way ?

. To make a bootleg's title screen appear the same as an original would be a trivial 10 minute edit for anyone so inclined (not referring to my previously horrific mspaint skillz). The real idea was to provide something along the lines of :

and really just to satisfy my love of dicking about with old pcb's.

"to upgrade compatible bootleg pcbs to FUNCTION exactly like an original" might be the result but to make them look anything other than a very ugly hack job would take a miracle. Never fear , that little silk screened dragon will always be the sign of a true Bubble Bobble experience.
Top

MrSporty wrote: As an owner of multiple original boards i can only hazard a guess that something like this makes you feel they may be devalued in some way ?

Yes my plan is to buy all the original BB boards around to make demand increase and then sell them at an incredible high price, that's how I make a living

On a serious note, I just don't like bootlegs and or any factor that could help them proliferate and or "improve" in any way.
Vagina
Top

With an equally cunning plan, i now aim to buy up all the available bootleg BB's , upgrade them and sell them to the unsuspecting arcade pcb loving masses at a huge profit. Using a replacement MCU hand sanded and repainted with a tip-ex dragon by Angolan wage slaves of course

On an equally serious note and to get back on topic, if you do come across a 68705 variant i would be happy for any info you could provide.

I've got a bootleg that looks slightly different to the pics you already have. How would I tell if it had a 68705 - where am I looking?
Top

Any pics you could snap of it would be great, ill add them to the blog if you can.

I think recoding an MCU would be a very good idea and definitely a lot of fun. I fail to see how it could devalue the original boards in any way at all. They aren't going to suddenly look original and anybody who is aware enough to know - or be bothered - about original or boot can pretty easily find enough info to determine what they're thinking of buying.

Please post back when you get started. I'll go through my BB boots this week to see if I have any new pics for you.
Top

I have picked on MrSporty's idea with a twist: got the original PS4 protection code translated to Z80 assembly and replaced the one from the Bobble Bobble bootleg boards. I did not burn a ROM yet, but MAME seems to be happy with it!

I now need some volunteers to confirm the result is as good as the original... 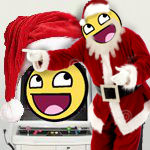 I got a bobble bobble and a chip burner.

I would be happy if it would act closer to the original.

What would you need?
Randy and Candy.
currently lazy. must not buy games!
Top

True, the solution will only work for those boards that already use the Z80 to emulate the PS4. This rules out those bootlegs that have a 68705 chip, but that seems to be rare anyway (I never saw a picture of one like that). Also, there may be some differences between the bootleg boards, but I think all ROM images are very similar and it should not be a problem for me to provide a patch.

You need to verify if your ROM matches the one I currenty targeting, or send me the image so that I may attempt to patch it. The ROM is one of the three at the edge, near the flat cable that connects the two boards, right above one of the Z80B chips. I think it is the one in the middle, but I'm not sure. It is the one that has the follwoing copyright notice at the end: "VER 0.018.AUG, 1986 SUMMER", at address 7F4C. I hope your burner is able to ready and display the ROM contents. The one I'm currently using on MAME, "boblbobl", has the following SHA-1 hash:

You may calculate yours using this page:

If yours don't match the one above them please send me the image file so I may take a look at it.

I got a pretty good reader, never met a chip that was not compatible.

I am not sure which chip, since none matches your description.

I put a photo up.

If this is not hires enough, i uploaded it to here: http://www.smartcap-its.com/distribute/100_4667.JPG"
Randy and Candy.
currently lazy. must not buy games!
Top

I was confused yesterday. It was just too late.
But I think I know which you were talking about.
Since they are socketed, I can try to read them easily. starting with the mittle one.

Currently is a bit of xmas-stress, but i will be able to do it till weekend.

what are you trying to archive? Is this the rom that simulates the MCU?

Hi, I see from the picture that I have the same board model as yours! I bought it in non-working condition and had to replace 30 (!) chips to restored it! That was a lot of fun...

The people that created the bootleg boards did not have access to the PS4 chip, so they had to "guess" how it worked (that is why those boards do not behave exactly like the original one). They created some "black-box simulation" code to run as part of the main Z80 CPU. It looks like there was enough spare time to execute that at the beginning of each interrupt cycle. Also, that ROM chip I mentioned had a lot of unused space to accommodate it.

Now, thanks to MAME decaping project, we got to know the source code for the PS4 chip. It was written in 6800 assembly, so I had to through out some unnecessary stuff and convert it to Z80 assembly. I did not change anything in the logic, so it should have the exact same behavior as the original boards, unless the extra time taken by the main Z80 CPU to execute it causes some impact. All that code goes into that one ROM, replacing the original PS4 simulation code.

I'll get some of those eeproms quickly then

Thanks for your explanations, will keep you updated.

Will have to dig out my bootleg "Bobble Bobble" board. Not sure exactly which kind it is without checking, but it's the one that's "almost JAMMA" but with RGB lines swapped around. Very interested in trying this.

All help to debug is welcome! I think the only pre-reqs are a Booble Bobble board and an EPROM burner...

Note that I only touched the PS4 simulation code, I didn't have time to look into all changes that the bootleggers did to the ROMs. I played through the first couple levels without issues, but something may trigger later on.

I missed mentioning before that all communication between the original PS4 chip and the main Z80 CPU is done using a shared RAM. The simulation code also reads/writes to that same memory, so it is actually transparent to the Z80 CPU (except from stealing some CPU cycles).