I just got a Nitro Ball pcb.
I noticed that there were graphical problems such as no background and bad colors on some sprites.

I looked at the pcb, cleaned everything and found that a PAL chip (noted PAL16L8A on the board) was plugged upside down.
I plugged it on the right side but the problem was still there.
It is the red marked chip on this pic: 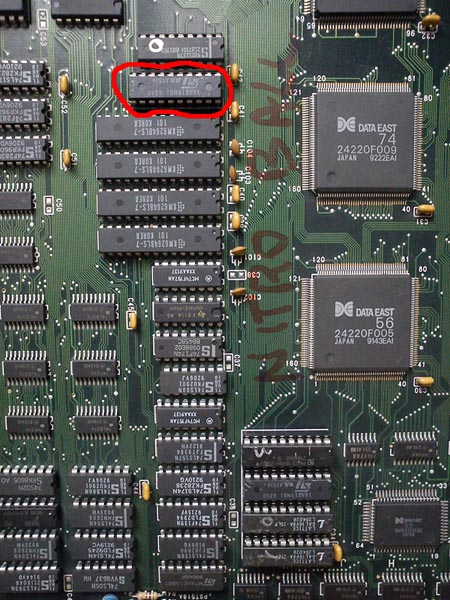 When testing the pcb without it the backgrounds are back but the sprites are gone.

Here are the results with the "suspect" chip plugged: 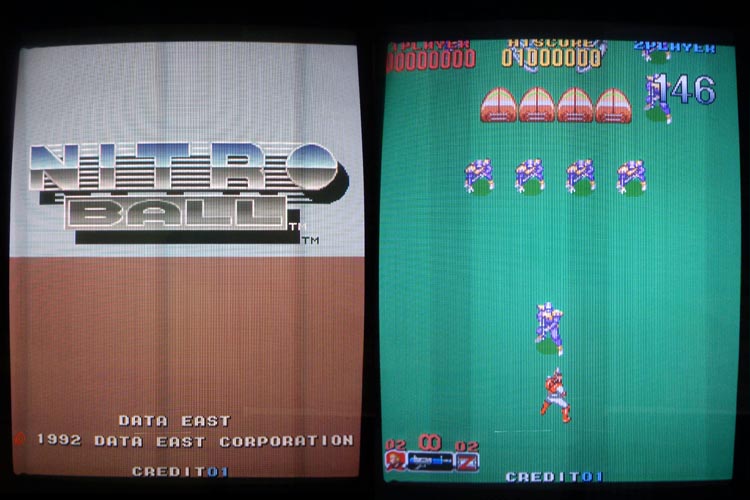 And pics of the same stuff with the "suspect" chip unplugged: 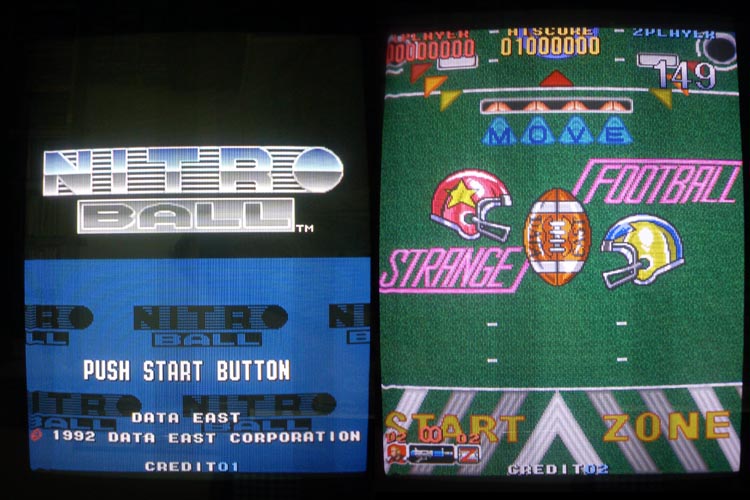 I suppose the chip is down due to the fact it was plugged on the wrong side or maybe it is not the right one ? (it seems to have been replaced by somebody as it looks cleaner than the other ones)

As it is a programmable chip, I wonder if there would be any way somebody could provide a properly programmed one ?

Thank you in advance !
Top

It can be replaced if you can find a dump of the correct PAL. You might be able to extract one from MAME.

Thanks Rossyra.
I downloaded the rom for MAME but I must say I don't really know how to identify the right file to dump nor the way to program that chip.
There is a picture of a working pcb at this address:
http://www.wolfgangrobel.de/arcadereps/ ... ll_pcb.jpg
The chip that interests me is identified as "VB-04" but I can't find something of the same name in the MAME rom set.
Do you know how I could proceed ?
Top

I just looked in the mame-0149 ROM set and unfortunately 16L isn't dumped. They have the fusemap for JN-00 @ 17L which is the only PLD they seemed to have dumped.
Top

Gonna need a dump of the PAL in order to fix it, or a donor from another Nitro Ball.

Thanks guys for your help.
So if I find somebody who have a Nitro Ball pcb, I can dump the chip then reprogram a new one ?
Top

You need a programmer capable of reading a PAL (Boardmaster 4000 for example). Porchio has offered to dump PALs in the past (for the excellent PAL archive he runs). He's a top bloke, I'm sure he would do it for you if you asked nicely

That is of course assuming you can find one.

Thanks a lot Rossyra.
I will try to get in touch with Porchio.
I would love to have this great game running properly

Best thing to do is store the board until a PAL dump can be acquired. Not really a game I've seen for sale but someone may be kind enough to lend theirs for dumping or perhaps be able to dump it themselves
http://www.jammarcade.net
Top

Porchy kindly sent me a chip with the dumped VA-04 PAL chip from Elgen's Wizard Fire PCB (which use the same system).
I plugged it instead of the VB-04 defective chip on my Nitro Ball PCB and the graphics now works perfectly !

Here are the same pics than on my first post with the VA-04 chip plugged: 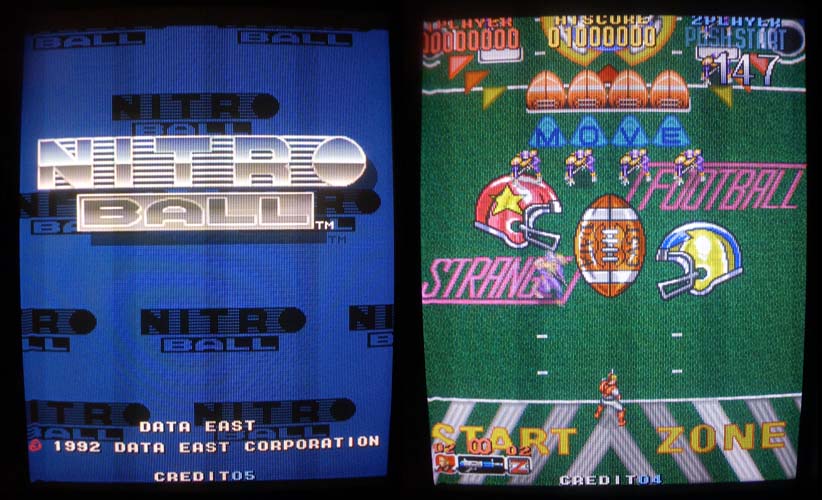 Thanks so much guys !
Top

Told you he was a top bloke.