arcnl wrote: ↑
September 16th, 2020, 3:55 pm
I will be very disappointed if this does not include some "soundeffects by wasi303" screens before starting a game

PSA: SDOJ Exa Label will require firmware 1.3 to run. They will start taking older motherboards back for update around mid October. I'll take the opportunity to have my carts updated as well.

A few impressions, as requested:

Strania EX
I enthused about this game when it came out on Xbox 360. Probably commented at the time that I wished it had an arcade release. Well here we are 9 years on, with a signed motherboard no less. This feels like the definitive version. Four difficulty modes, Strania and Vower missions, two soundtracks. It's a lot of game. I deliberately haven't played the other version(s) since this was announced but from memory, Normal difficulty seems easier. I think this game is a far better choice for your average western arcade than A&B. It's more approachable for your average player and supports two player to boot. Shame they didn't get it out sooner. For the hardcore, HELL mode does what it says on the tin, with added suicide bullets. Oh and the Arrange soundtrack is fabulous.

Infinos EXA
I actually bought this a few months back (when the price was a bit lower - result) just because Strania was going in the NNC and it seemed like a good idea. Probably wouldn't have bought it for a Vewlix. Is that weird? Anyway, it was a good idea because it's a very good game. It looks right at home. With the (player selectable) scanline option, you'd think it was a JAMMA PCB. Normal mode is, I believe, Infinos Gaiden, which is a must buy if you have a Steam. The influences are obvious, it does nothing revolutionary, it's just fun. I think it looks pretty nice too. There's a slight lack of animation on big enemies perhaps but other than that you wouldn't know it's an indie. There are some nice layered backgrounds and effects and occasional sprite scaling. Lovely soundtrack by the guy that did Thunder Force V. EXA mode gives you harder difficulty (more enemies, enemy variations, bullets), weapons at max power and a cool barrier recharge system instead of lives.

Shikhondo Red Purgatory
Yes, I know, I got carried away. First things first, there's a bug that means high scores aren't saved. Don't know how they missed that, but maybe hold off buying until that's fixed if you're on the fence. That aside, a ton of effort has clearly been put into this. It's really finely polished and optimised for the arcade. Thankfully the new voice acting isn't intrusive and boy does this look pretty on a Dia Black. I *think* this might be the first true 9:16 shmup as well. You have most of the screen to play with and both the hitbox and bullets are quite small so it's a really unique experience. I briefly played the PS4 version and I have the same reservations about the first two levels being slow. I need to figure out how to score well to make the most of that. Anyone complaining that A&B or Akyrios are too hard will have no complaints here. There is also a hard mode that I haven't delved into much yet. I still maintain Akyrios/DU3 has a better scoring hook but a lot more effort has been put into this. It looks the money.
Top

Thanks for the details and sharing your impressions @SuperPang. For the upgrades are you contacted about the updates and changes? Interested in that process and how you are communicating when/how to do the updates. I assume you have to send everything into Exa directly?
Top

I'm also very curious about the firmware upgrade process.
Especially for buyers who have a second hand Exa already.
Anyone know how it works?
Top

buffi wrote: ↑
September 22nd, 2020, 8:58 pm
I'm also very curious about the firmware upgrade process.
Especially for buyers who have a second hand Exa already.
Anyone know how it works?

You'll have to send your system to Japan. You must contact exA using the contact form on their website ( https://exa.ac/en/contact/?v=0f177369a3b7 ) and select "Support" as Inquiry Type.
Last edited by Nomax on September 22nd, 2020, 9:16 pm, edited 1 time in total.
Arcade Belgium
Top

I assume we will hear more in the coming weeks. Yes, everything goes back to Japan. Hopefully motherboard upgrades aren’t frequent as that’s obviously a lot more expensive to ship. I imagine there might be a charge if you’re not the original buyer.
Top 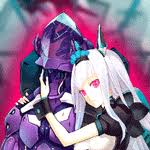 WOW we have to believe that in 2020 it is impossible to make an upgrade incorporated into the game ...
Top

Well I think it is clear the update process is about limiting piracy and isn't a technical limitation.
Top

SuperPang wrote: ↑
September 22nd, 2020, 6:50 pm
Normal mode is, I believe, Infinos Gaiden, which is a must buy if you have a Steam. The influences are obvious

RandomRetro wrote: ↑
September 22nd, 2020, 10:02 pm
Well I think it is clear the update process is about limiting piracy and isn't a technical limitation.

How annoying. I was prepared to send carts for updating, but not the whole system. I bet they could have made an USB dongle that updates the system.
Top

I think that was the price for repairs. 1.5 updates were free. Maybe they charged if you wanted to update to a newer "dot" revision but I don't know anyone who was bothered enough to do that.
Top

The system update service is free and we will pay for DHL shipping back.

The new update comes with region select, faster loading and among other things the optimal resolution output for Vewlix Diamond Black cabinets. The factory monitor in these cabinets do not return a good EDID.

Also, for those collectors who want the best of the best, Taito Tech is offering a new 1080p replacement monitor (APD-A3204) for Vewlix cabinets that is far better than any of the previous models. It is ~90,000 yen with minimal display lag as opposed to the 8ms or so on the Diamond Blacks. We have 8 of these for our Vewlix cabs on location.
PCB Collection
Top

that is probably a Alpha Display Product. If so, you can probably get this much cheaper in the EU. These use cheap china made Panels, if i`m not mistaking.

Taitotech selling Screens you would suspect in a china vewlix ? priceless. Veering off topic here, but how easy was it to fit to whatever Vewlix models you have? Wouldn't mind a Dia Blue with one of these.
Top

On the deleted post about getting hit by customs again:
It is possible to get documents from customs that you are sending it for repair/upgrade etc. Though you have to fix those papers before you send it and then also proof that the fix/upgrade etc was free.
(At least in Sweden.)
http://www.taitostation.se
My 1cc Videos.
Top

Yeah thats what google told me too hence the deleted post