Having tated my cute a while back, whilst I have had a good chance to play some of my shmups I want a bit more variety.

Wondered what other vert games there were, that were not shmups. Ones I can think of off the top of my head;

Any other ones??
- -
Looking to get a replacement foot panel for my Minicute.
If anyone sees one, let me know!
- - 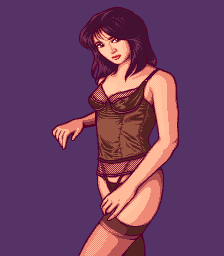 I had Brick Zone and still have Volfied and Lethal Crash Race.

Here in Portugal we also had a lot of Pinball Action back in the day, a vertical Pinball game.
Top

Psychic 5 (if you're using MAME, if not, good luck finding a board, lol)
Super-Qix
Edit: I think a bootleg of Tetris exists for cocktail cabs that is vertical too.
My games: http://www.emphatic.se
Top

Some game about a donkey, i can’t remember the name.
Top

Chempop wrote:Some game about a donkey, i can’t remember the name.

Yeah! I shouldn't ignore the classics, although was kind of after some later games though.

I am tempted to pick up one of those 60 in 1 vertical collections that you see.
- -
Looking to get a replacement foot panel for my Minicute.
If anyone sees one, let me know!
- -

My two vertical faves are Mr Do! and Bomb Jack
Top

There are a few vert pinball games too.
十分ではない準備する
Top

Thanks for the feedback, there are so many games that I want now.

I said to myself a while back that I would cut down on buying games this year ... guess that won't happen at this rate.

- -
Looking to get a replacement foot panel for my Minicute.
If anyone sees one, let me know!
- -

looking at my pcbs, i have:
comad - hot pinball
capcom - block block
Top